What An Idiot / Breaking Bad 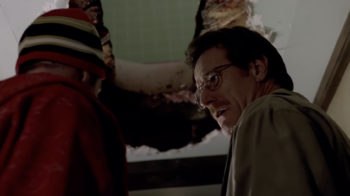 Why'd I ask you to buy that "stupid piece of plastic?" Well, let me count the reasons...
One would be careful when cooking meth, a dangerous operation that can draw you enemies. Yet people from every side keeps making dumb mistakes.