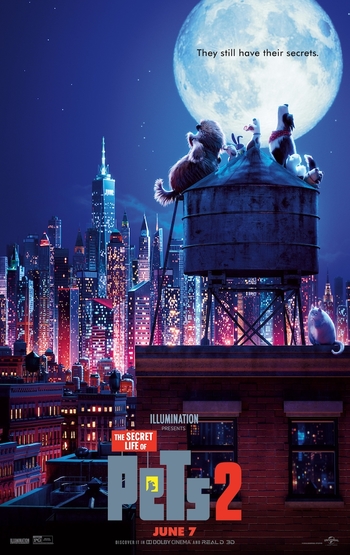 Max and Duke's owner Katie marries a man named Chuck, and the two have a son named Liam. Although Max is initially terrified of dealing with kids, he warms up to Liam and makes it his job to protect him from the world. When the family takes a trip outside of the city, Max learns how to be braver with the help of an old sheepdog named Rooster (Harrison Ford).

A subplot involves Snowball assuming a superhero identity and teaming up with a Shih Tzu named Daisy (Tiffany Haddish) to rescue a white tiger named Hu from an abusive circus run by the evil ringmaster Sergei (Nick Kroll), and another has Gidget having to get Max's favorite toy back from an apartment full of cats.