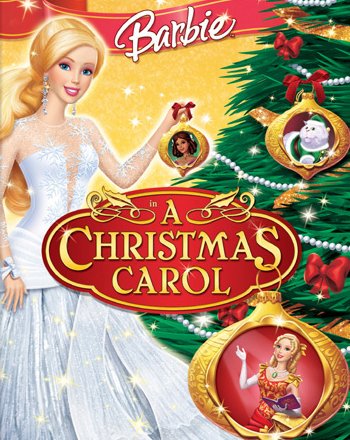 Barbie in a Christmas Carol is a member of the the Barbie series of Direct to Video films. It was released in 2008, preceded by Barbie & The Diamond Castle and followed by Barbie Presents Thumbelina.

This film is a retelling of A Christmas Carol, told by Barbie to her little sister, Kelly. Kelly doesn't want to attend a charity ball, as she doesn't understand the importance of caring for others.

Barbie proceeds to tell her the story of Eden Starling, an opera star in Victorian England who hates Christmas. Eden is selfish to the core, and is about to be taught a lesson in humility and kindness by three spirits, lest her selfishness bring about a bad future.

Keep the beauty of Christmas in your heart every day of the year.
— Barbie