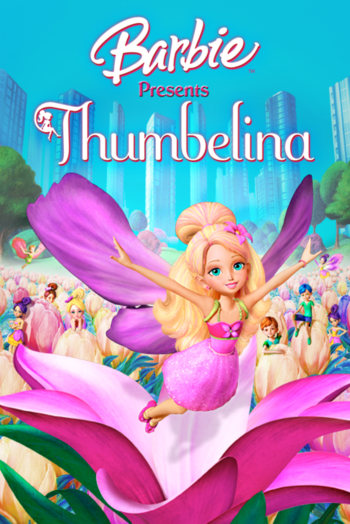 "Even the smallest person can make a big difference."
Advertisement:

Barbie Presents Thumbelina is a Barbie movie released in 2009, preceded by Barbie in a Christmas Carol and followed by Barbie and the Three Musketeers.

Barbie takes a class of kindergartners to plant trees in a park and, when one girl is teased for her tree being smaller, tells the story of the Twillerbee Thumbelina and her friends who are waiting for the Twillerbabies to be born from flowers. However, after being accidentally kidnapped, they learn their field will be turned into a factory. Enlisting the help of Makena, daughter of the people planning to build the factory, they try to stop it and save the Twillerbabies.

Even the smallest person can make a big difference.
— Barbie
Feedback

Example of:
Our Fairies Are Different