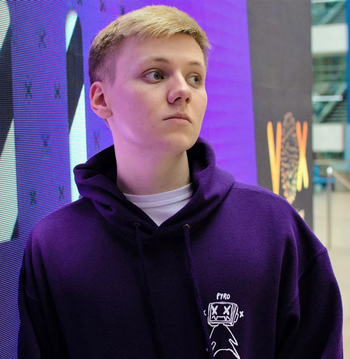 (real name Niall) is a former montage parodist turned YouTube commentator known for the various videos he reacts to, and his self-deprecating, cringeworthy, and occasionally flat out offensive humor resulting from both him and the content he covers.

Lately, he has begun doing long-form reviews and video essays, where he takes an extensive look and deep dive at the the covered subject with some of his trademark humor spread through the video. Starting off with Petscop, this would continue with coverage of Cuphead, Condemned: Criminal Origins, Hunt Down the Freeman, Cube, Far Cry 3 and Cry of Fear.

He also does some occasional gaming videos, which were mainly of CS:GO and later Overwatch, first of multiplayer sessions with friends and later becoming comedic single player playthroughs of new games.

250,000 sub count
LOL - who cares
"She pushed her feet across the boardwaaaaaaaaalk"