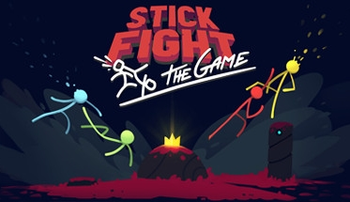 Stick Fight is a Fighting Game in which players battle to the death as literal stick figures, using a variety of guns and melee weapons and the occasional laser cannon...and snake.