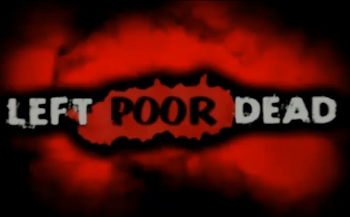 is a series by Propah Job Studios documenting two posh British aristocrats andtheir adventures in a zombie apocalypse. Due to their quiet and cut off aristocrat lifestyles they end up with no knowledge of the doom going on around them, so when they leave their house to go to the country club they are in for a big surprise.

Reginald and Tippy (the aristocrats) end up in a town nearby and are puzzled when they come across a member of the infected... being morons they deduce that he is in fact a tramp who has wandered out from his hiding place. Before the zombie can rip them to shreds a man called Toby runs out and saves them.