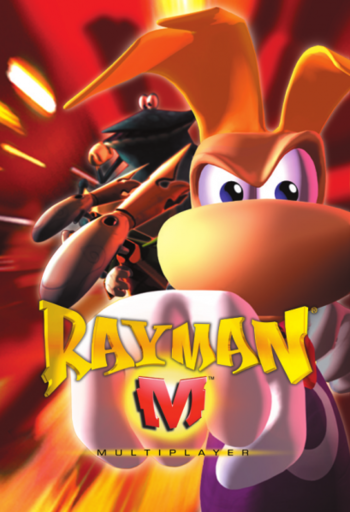 Rayman M is a Spin-Off of the Rayman series geared towards multiplayer, featuring characters from Rayman 2: The Great Escape along with a few new characters in racing and battle segments. The US version is known as Rayman Arena. There is also a pared-down version for the PS1 called Rayman Rush.