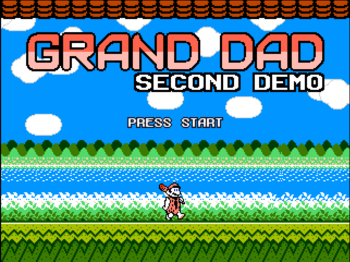 Grand Dad Reboot is a fangame by RED-FIRE based off of the infamous 7 Grand Dad Chinese bootleg.

When the game starts, the player is introduced to the plot: Bootleg aliens are trying to take over the world, but one of them, Grand Dad, took issue with his fellow bootlegs' motives and seceded from the team. Now, he must fight against the very bootlegs he once served and stop their invasion before the world falls to their copyright-infringing terror!

The game was released on July 28, 2017, and can be downloaded on Game Jolt. Unlike Grand Dad Mania, this game focuses more on bootleg games than the lore and memes of SiIvaGunner that popularized the character.