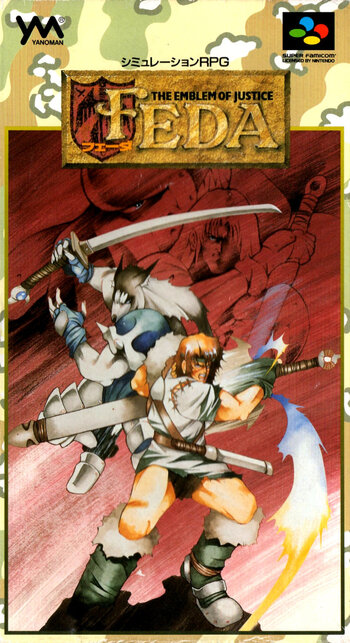 Properly titled FEDA: The Emblem of Justice, this is an obscure sister-game to the more well-known Shining Series. It is an overhead-view tactical RPG in the vein of Bahamut Lagoon or Front Mission, though somewhat simpler than either mechanically. FEDA was released on the Super Famicom in 1994 and had a later Sega Saturn remake that added new characters and some low-quality FMV; as it is a Japan-only release, the only English localizations are hacks.

It was followed in 1997 by a PlayStation sequel, Feda 2: White Surge the Platoon.