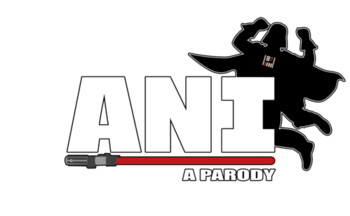 Another parody musical by Team StarKid, this time focusing on Star Wars and 80s sports movies, Ani: A Parody focuses on Darth Vader between the original and prequel trilogies. Vader (who goes by the name "Ani" here) is going through a midlife crisis, missing his time as a podracing champion in his youth. When he is offered a chance to leave the Empire, he leaps on the chance to return to Tatooine. Cue obscure Star Wars jokes and more StarKid Invoked Alternative Character Interpretation. It was staged using about half of the StarKid cast, with the other half doing The Trail to Oregon! on alternating days at the same theater.