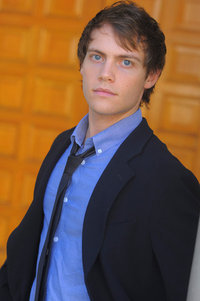 Joe Walker, born February 6, 1987 in New York City, New York, was one of the members of the group known as Team Starkid.

Other than Little White Lie and The Trail to Oregon!, he had a major role in every Starkid production up until The Guy Who Didn't Like Musicals, when he retired from acting to receive a business degree.

He is known for his extreme Mr. Fanservice tendencies, even in the most ridiculous of roles, as his parts have shown him as a shirtless, tapdancing Dark Lord, an angsty antihero who loves the circus, and an overly-cocky prince. He quietly contributed the English-language captions for the YouTube releases of the musicals and left in-jokes in them.