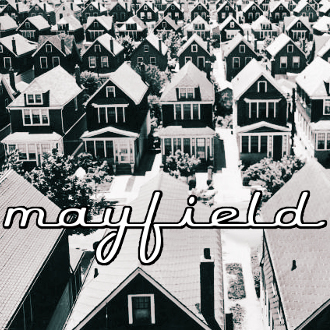 A Better Place to Live.
You awaken one morning in a bright, summer suburb straight out of the 1950s. There's a smile on every neighbor's face, not a cloud in the sky, and the paper has been delivered on time, just like every other morning. Your spouse lays next to you; your kids are asleep in the other room. Looking around, you see photos of yourself and your family—your wedding, the birth of your first child, your last family vacation.
Advertisement:
The problem? You can't remember any of this happening.
— Opening Narration

, but moved to Dreamwidth

The setting was, ostensibly, a small American town named Mayfield during the 1950's. Upon arrival, new characters would awake finding that they had been stripped of any powers or possessions, turned into a human if they weren't one (unless designated as a family pet), and preassigned to a household with other characters, acting out the roles of a traditional 1950's American nuclear family. Roughly every month, a game-wide event was hosted that often involved torture or psychological manipulation, but sometimes unraveled part of the mystery surrounding the true nature of Mayfield and those who control it. Participating characters would then be eligible to have one (or some) of their possessions or abilities returned to them, collectively known as "regains."

For its time, it was one of the largest communities in the LJ portion of journal roleplaying, and renowned for its team of moderators. Mayfield was also known for its acceptance of Original Characters, and featured both entirely unique characters as well as OCs from specific types of continuities (such as Tabletop RPGs and MMORPGs).

Totally not based on that level from Fallout 3.

Tropes related to the NPCs should go on the character sheet.