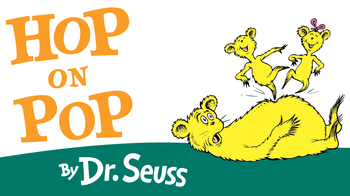 A person's abdomen is usually somewhat soft and flexible. For some characters, especially if they are big and fat, it is completely springy and elastic. In this trope, one character jumps or bounces on another, using their belly like a trampoline. Maybe this is for a practical reason, like launching up to a high place they couldn't reach by themselves, or to cushion a fall. Or maybe it's just for fun.

It makes sense if the one being jumped on is not pleased. But it is also oddly possible they don't mind at all. Maybe they are Big Fun and enjoy being bouncy. Maybe it only tickles. Compare Human Jungle Gym, a character who doesn't mind others jumping or playing on their body.