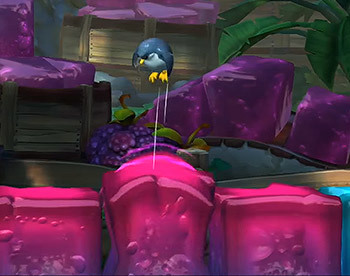 Jelly is normally a wobbly, delicious food. But sometimes, characters in fiction can bounce on large moulds of jelly-like trampolines.