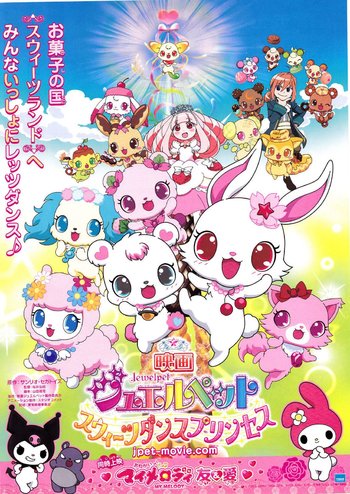 Jewelpet the Movie: Sweets Dance Princess is a theatrical animated film based off the Jewelpet anime. It premiered in theaters in August 2012 and was screened alongside an Onegai My Melody short film titled You and I.

The Jewelpets go to Sweetsland to celebrate Princess Mana's birthday when they are interrupted by the arrival of a strange ever-hungry Sweetspet with amnesia, sent by Duke Creme de Brulee to ruin the occasion when the princess doesn't want to marry him.