Video Game / The Floor is Jelly 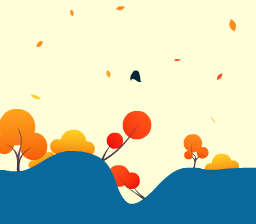 A still image really doesn't do this game justice. This needs to be seen in motion to be believed

◊.
man has pondered some questions since the beginning of time
such as, "what if the floor was made of jelly?"
—IGF 2012 Trailer

The Floor is Jelly is an indie platformer developed by Auren Snyder, with sound by Disasterpeace (known for his work on Fez), and was released on the PC and Mac on January 30, 2014. It was a finalist in IGF 2012.

The Floor is Jelly plays like a typical platformer, where you must guide your character through each level to an exit. What sets this game apart from the others is the fact that the whole world bounces and wobbles like jelly as you traverse through it.

, and its own development blog here

. You can watch the launch trailer here

The game is available for purchase from the Humble Store