Literature / The League Of Princes 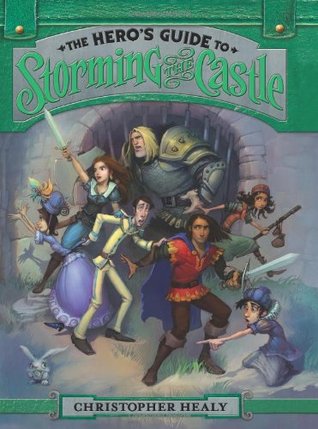 The League of Princes (also called “The Hero’s Guide series”) is a series of middle grade novels by Christopher Healy. Combining the tropes of Fractured Fairy Tale and Deconstruction Crossover, the three books tell the stories of some of the unsung heroes of fairy tales: The Princes Charming.

Their story kicks off when Frederic, Cinderella's prince, loses her once again when she discovers that staying as the pampered prince's fiancee was almost as stifling as being a house servant. Despite his own fear and inexperience with the outside world, Frederic sets off to find Ella himself, and along the way he runs into Gustav, the brutish, proud prince of Rapunzel, Liam, the unfairly disgraced prince of Sleeping Beauty, and Duncan, the happy-go-lucky, oddball prince of Snow White.

Four less likely partners you couldn’t meet, but when a conspiracy is uncovered and they are the only ones who can put it right, they form the League of Princes, and heroically save the world. Or at least, they do their level best.

An additional side-story by Christopher Healy set in the League universe, called "A Villain's Guide to Being a Hero" and focusing on Deeb Rauber and the universe's version of Red Riding Hood, was released as part of the Guys Read: Heroes and Villains anthology by Jon Scieszka.