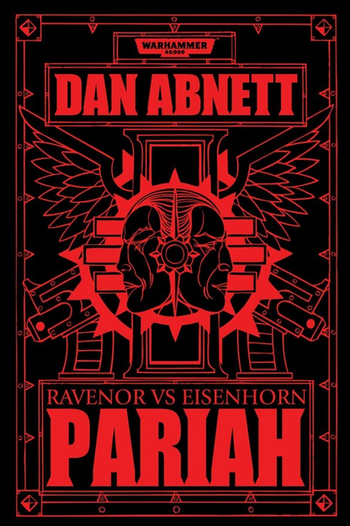 Ravenor Vs Eisenhorn is a trilogy by Dan Abnett, a "Bequin trilogy", a sequel to both his Eisenhorn and Ravenor trilogies.

The first volume of new trilogy is titled "Pariah". It recounts the childhood and development of Alizabeth "Beta" Bequin, who finds herself caught between Eisenhorn and Ravenor in their secret war with each other.