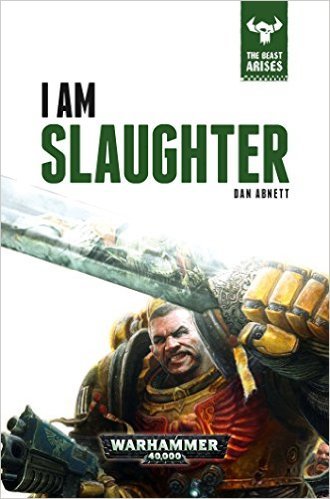 "Daylight Wall stands forever."
Despite our losses, despite the fallen sons, despite the eternal silence of the Emperor, now watching over us in spirit instead of in person, we will endure.
There will be no more war on such a perilous scale.
There will be an end to wanton destruction.
Advertisement:

It is the 32nd millennium and there is only... well, peace. Sort of.

Things are, by and large, going well for the Imperium of Man. The long defeated Chaos Legions have been exiled to the Eye of Terror, the various alien races in the galaxy are kept handily at bay by the combined actions of the Astra Millitarum and the Navy. The Astartes, split into chapters following the Horus Heresy, are used by the increasingly partisan members of the Council of Terra in frontier wars and minor skirmishes; living relics of past brutality that aren't needed anymore.

Tired of being used as glorified security guards on Terra, the Imperial Fists are finally dispatched to the world of Ardamantua within Segmentum Solar, close to the Throneworld, to deal with a run of the mill xenos infestation. What follows will drag the Imperium into its bloodiest war since the Horus Heresy.

An interequel set between the Horus Heresy and Warhammer 40,000, The Beast Arises is a series of twelve books published monthly from 2015-2016, and serves to explain how the 40k universe we know and love came about from the ashes of the Horus Heresy.