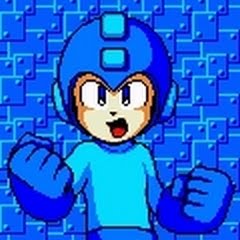 Slapping on the Mega Man due to lack of any original avatar art!
Advertisement:

Retrochallengegamer is a Let's Player who started up on March 20, 2013. He focuses mainly on Challenge Let's Plays. He has stated he will not cover everything in each game he plays nor explore out the extra content found within; his primary purpose is to see if the main portion of each game played is possible given the challenge he sets for himself. He is sometimes accompanied by his wife, referred to as 'Mrs. Retrochallengegamer.' Some of their banter during the commentary can be hilarious given the context of the video and him having to explain various gameplay concepts to her as they are playing. At the end of every play series, he gives a final difficulty score rating to the game and basic thoughts about playing the challenge; it finally ends on a running tally between how many challenges he's successfully completed and how many he's failed.

. His Twitch channel can be viewed here

Tropes associated with Retrochallengegamer and his videos: