Film / The Witches of Oz 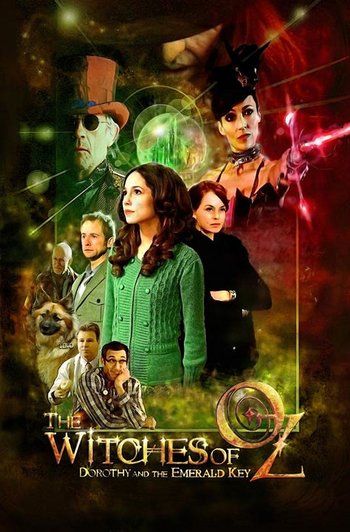 The Witches of Oz is a film based on The Wonderful Wizard of Oz and the Land of Oz, directed by Leigh Scott.

It follows the exploits of the grown Dorothy Gale, now a successful children's book author, as she moves from Kansas to present day New York City. Dorothy quickly learns that her popular books are based on repressed childhood memories, and that the wonders of Oz are very, very real. When the Wicked Witch of the West shows up in Times Square, Dorothy must find the inner courage to stop her.

It has what can best be described as a rather curious distribution history. It was initially released on the Syfy channel as a two-part miniseries in 2011 and subsequently made available on DVD and Blu-Ray. However, a director's cut - retitled Dorothy and the Witches of Oz - was slated for theatrical release in the US on February 17th 2012. This newer version is an overall shorter movie with new scenes and about 90% of the special effects completely redone. There are plans to release the film version on DVD.

The trailer for the miniseries can be seen here

The trailer for the theatrical-release version can be seen here

Alternative Title(s): Dorothy And The Witches Of Oz