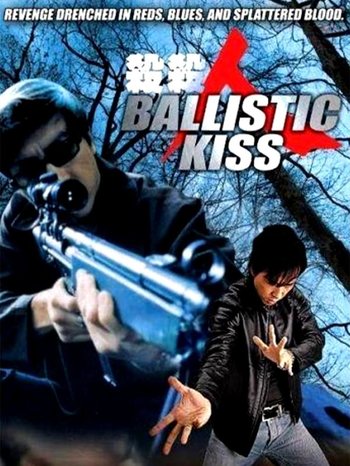 Also known as "Kill a little, dance a little

It’s so quiet and peaceful; but if you really look at each home, each window, and look inside those ordiniary lives, what do we see? Sons stealing from mothers, wives betraying husbands, the rape of children, women being beaten, anger, sickness and despair… we hide it away and call it innocence.
This is the dark heart of mankind… NO-ONE IS INNOCENT. - Cat

Donnie Yen is Cat, an assassin and hitman who used to be a cop before a betrayal left him imprisoned in New York for 6 years. Returning to Hong Kong, living with no aim in his life except the pleasure of killing evil men every night, the only thing that motivates Cat to live every day is gazing at a mysterious woman who lives in the block next to his and dreaming about her, while dancing to the radio all by himself every night. But when his last assignment leads his past back to haunt him, Cat will shoot his way out.