Film / The Bamboo House of Dolls 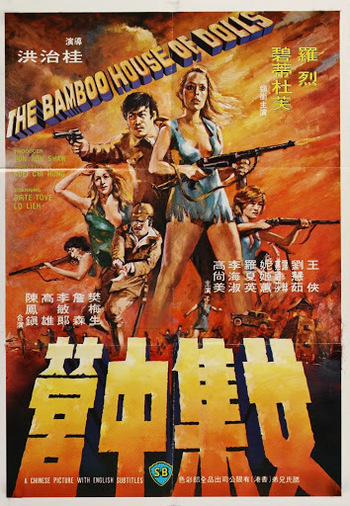 The Bamboo House Of Dolls is a 1973 Exploitation Film directed by Kuei Chi-hung and released by Shaw Brothers.

Set in Japan-occupied China in World War II, the plot revolves around a band of women prisoners, including Hong Yu-Lan, a nurse, and Jennifer, a missionary, being captured alive by the Japanese and taken to a women's prison camp. Ruled over by the sadistic warden Mako, the women plans their escape, while on the other hand the Japanese are eager to uncover a stash of hidden gold from a nearby village.

Given the title, it's no surprise that the film is released two years after The Big Doll House, is it?

The Bamboo House of Tropers: