May contain spoilers for the game 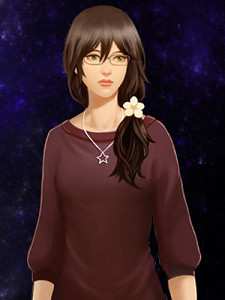 The heroine, default name Tsubasa Fujimoto, starts out as a regular college student just starting at Hagiwara College. Her mother reveals herself as a sorceress cursed with immortality who created her daughter by alchemy to be a Homonculus, so that she could pass her powers and curse onto her. The protagonist must now gain control of her new sorceress powers so that she doesn't hurt anyone. 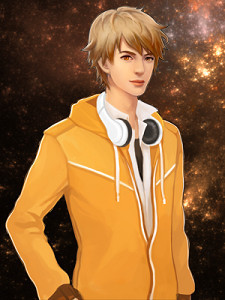 Shou is a popular second year student at the college. He is a phoenix who has the power of fire, although his control and focus over his power is not very good due to an incident in his past. He wants to make a career as an actor, and does theater productions. His roommate is Shinji Hirayama, who he is also good friends with. 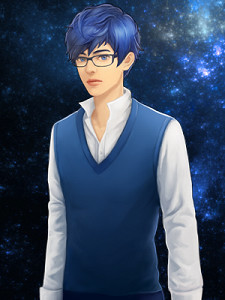 Tatsuya is a hard-working, serious student. He cares deeply for his family, and works hard to provide for them. He sometimes helps out at his mother's cafe, Blue Sky and also works at Veritas Cafe. He is an ice dragon who is very skilled at wielding ice magic. His roommate is Takumi Arai. 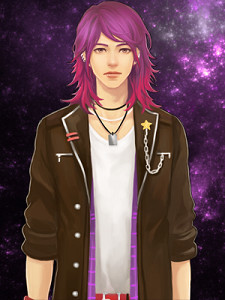 Shinji is regarded as odd and a bit of a slacker by other students, and doesn't quite fit in. He's a mage who uses all of the elements instead of specializing in one. He sees spirits and talks to spirits, and has a special ability due to an incident in his past. He plays guitar, and is good friends with Shou who he also rooms with. 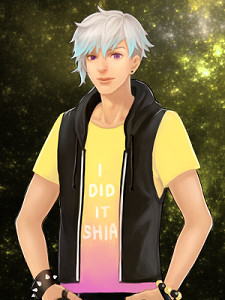 Takumi is a human who doesn't actually have any powers, a fact which he deeply hates. He loves the supernatural world and wants to be a part of it. He works as a detective in his off hours from school, and does jobs for supernaturals. He's the childhood friend of the heroine. He's the roommate of Tatsuya. 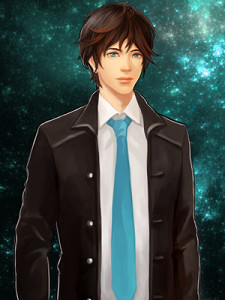 Hikaru is a professor who just started working at Hagiwara. He is a demigod born to a goddess and a human, and is very skilled at wind magic and healing. Nobody knows much about his past, and he prefers it that way.