Due to wiki policy, all trope names are visible and may spoil. Proceed with caution. 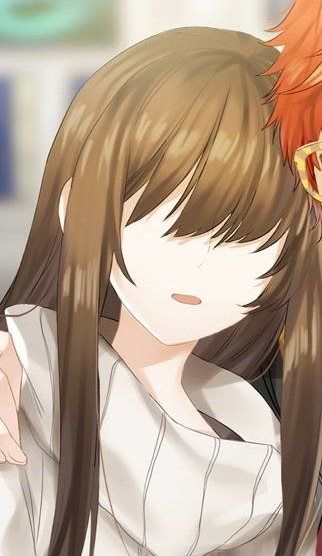 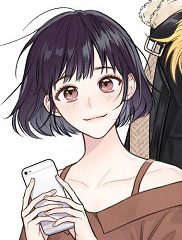 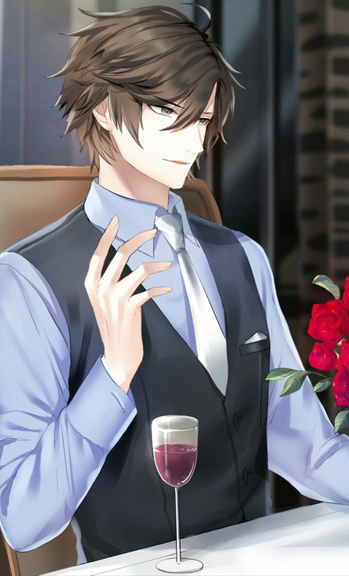 Jumin is the heir of the C&R Company, who is always on business trips and usually talks about work. Due to his upbringing, he is fascinated by internet slang and "commoner items." He absolutely loves talking about his cat Elizabeth 3rd. His route is one of the branches of the Deep Story. 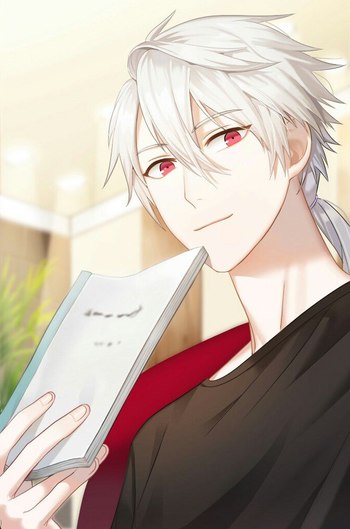 Zen (real name: Hyun Ryu) is a musical actor with a growing following. His job usually keeps him up late, between acting, meetings with the director, and needing to practice his lines. Zen doesn't really get along with Jumin. Zen's route is a branch of the Casual Story. 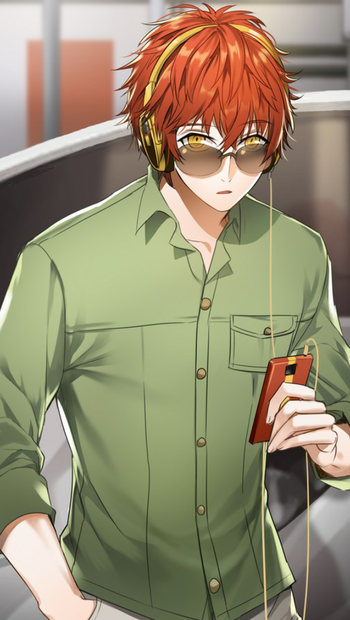 707, or simply Seven, is the RFA's resident hacker and the creator of its messenger application. He works as a hacker at an unknown agency, and is implied to earn lots of money by doing so. His baptismal name is Luciel Choi. His real name is Saeyoung Choi. His route is a branch of the Deep Story. 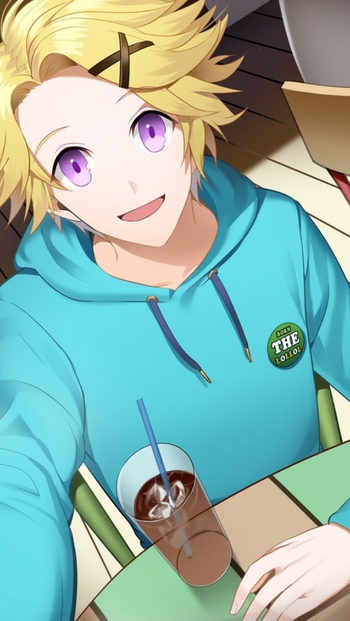 Yoosung Kim is a typical college student who lazes around when studying but is overly enthusiastic while playing an online game called LOLOL. He is Rika's cousin. Yoosung's route is a branch of the Casual Story. 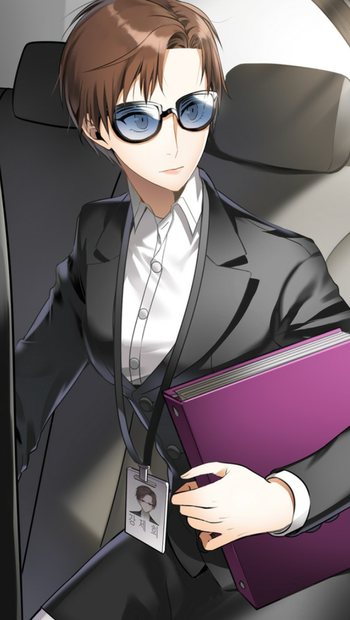 Jaehee works as the chief secretary in the C&R Company and and as Jumin's assistant. Due to the busy nature of her work, she usually comes to the messenger to take short breaks and vent out her stress. Jaehee's route is a branch of the Casual Story. 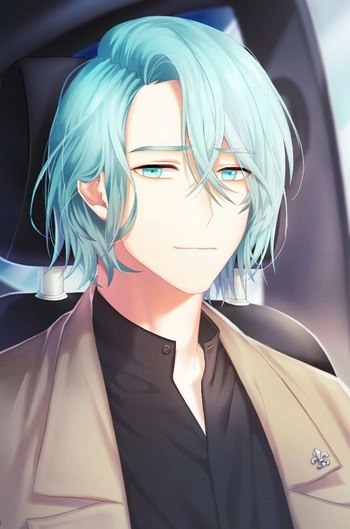 V is the current head of the RFA, but is often offline because of his trips as a photographer. He was Rika's lover and fiancé before the events of the game, and has been Jumin's closest friend since childhood. He is a secondary character in the Casual and Deep Stories.

V's route was the first available branch from Another Story upon its release in September 2017. It is set six months after Rika's "death", and therefore a year before the events of the other routes.

A person who contacted the main character using a messaging application, looking for the owner of the phone he picked up. He disappears after the main character has discovered the RFA, but comes back later as the main antagonist who plans to stop the RFA's party. His real identity is Saeran Choi, 707's twin brother. In Another Story he is known as Ray.

Ray's route was released as the second branch of Another Story on 31 January 2018. 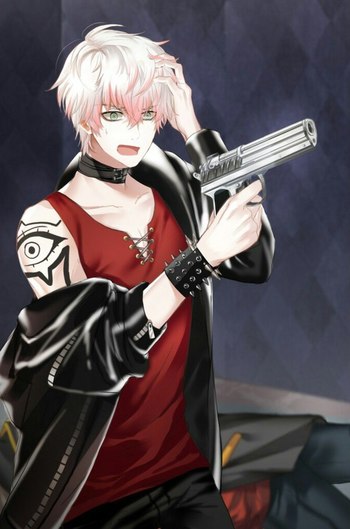 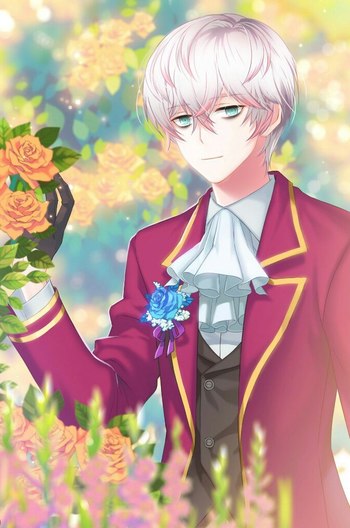 to see his Another Story appearance
Rika 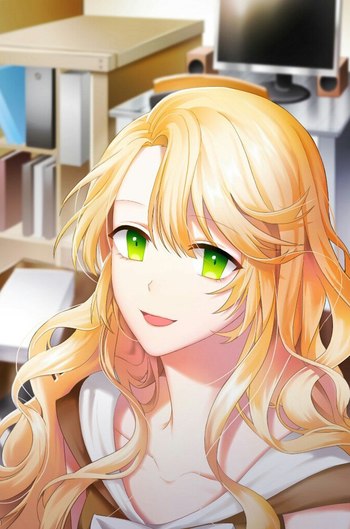 Rika is the founder of the RFA (Rika's Fundraising Association), which has helped many people through its parties. She died by suicide one and a half years ago prior to the events of Mystic Messenger, which resulted in the RFA putting a stop to their hosting of parties. She was Yoosung's cousin and V's lover/fiancée. Despite her absence, her impact on other characters is evident in every route, and her role as the founder and namesake of the RFA makes her an important symbolic presence. Rika does not have a route of her own, but is a crucial character in both branches of Another Story. 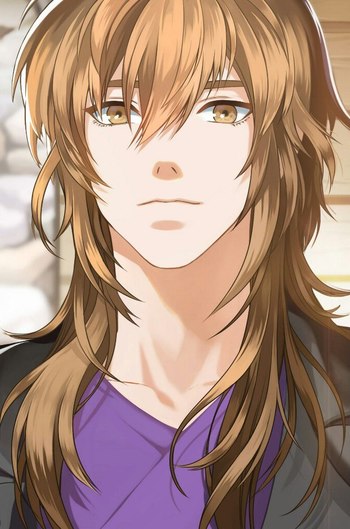 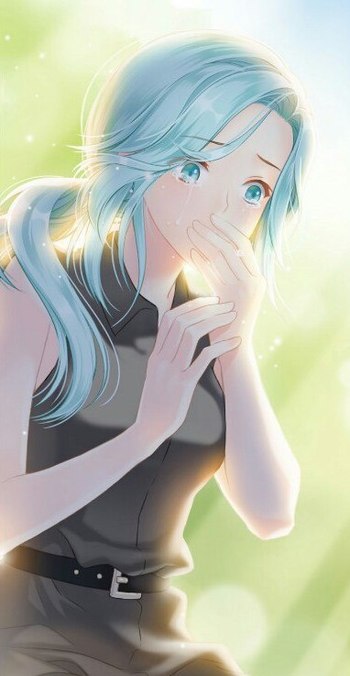