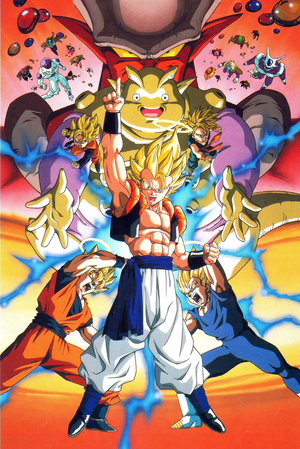 When a worker at King Yemma's spiritual check-in station is accidentally covered in spiritual waste, he is transformed into a powerful monster named Janemba, who destroys the barrier between the real world and Other World, allowing the dead to walk the Earth. As the living Z Fighters fend off the dead, it is up to Goku, Pikkon, and Vegeta to stop Janemba.

Not to be confused with Resurrection F, which stands for a completely different ‘F’.