Western Animation / Where the Dead Go to Die 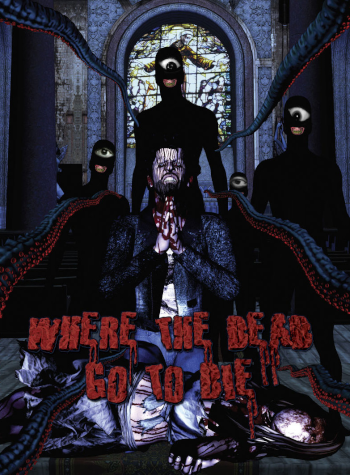 "They say a dog's supposed to be man's best friend..."
Advertisement:

Where the Dead Go to Die is a surreal Psychological Horror CGI animated film by James "Jimmy ScreamerClauz" Creamer, and produced by Unearthed Films, with a cast and aide from individuals such as musician Passenger of Shit and animator Emily Youcis.

It is an anthology of three short films:

The film has become somewhat... notorious for its subject matter and the plethora of horrific imagery the film is plastered from start to finish. It contains disturbing amounts of Gorn, nudity, and controversial topics such as child pornography, sometimes all at once. If you are easily offended, watch this film at your own risk.

Where the Dead Go to Trope: