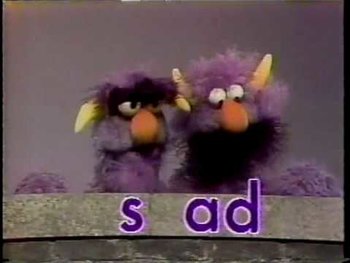 Sure, Sesame Street teaches you the basics like letters and numbers, but it's never afraid to tug at your heartstrings.We of course start off with the BIGGEST tear jerker in Sesame Street history: the death of Mr. Hooper.
Advertisement: