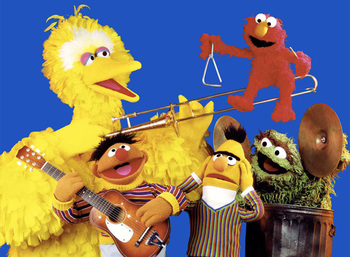 In all likelihood, any song you remember from this show, for better or worse, can be linked to either Joe Raposo or Tony Geiss. Oh, the tantrums that have been stopped... Jeff Moss, Sam Pottle, and Christopher Cerf also deserve credit.