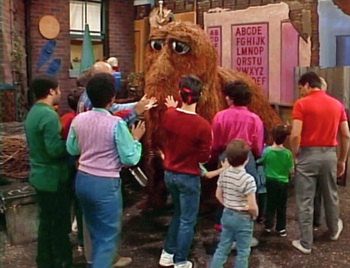 "I told you there was a Snuffleupagus... and at last!"