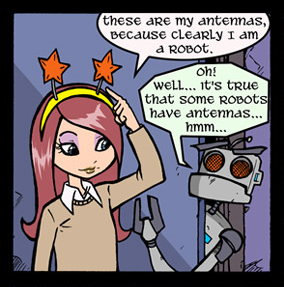 "Your powers of deception and trickery are bewildering, child."