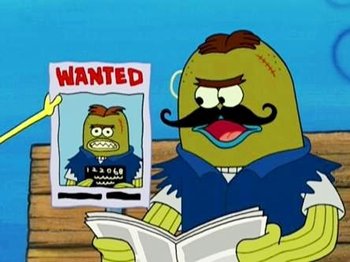 Well, it is SpongeBob, so this isn't remotely surprising.
Advertisement: