If you still think Arc-V is the darkest entry to the franchise, think again. 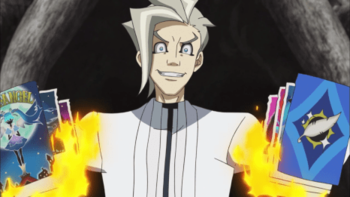 This is the face of a man who wants to torture and kill for the sake of his sick pleasure.
Advertisement: