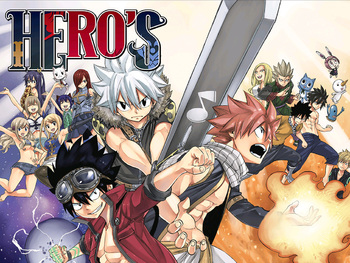 Mashima HERO'S—originally just titled HERO'S—is a manga written and drawn by Hiro Mashima as a crossover between Rave Masternote simply "Rave" in Japan, Fairy Tail, and EDENS ZERO—all created by Mashima for Weekly Shōnen Magazine—in celebration of Shōnen's 60th anniversary. It began serialization on October 16, 2019 and lasted for ten chapters, while Kodansha USA began a simulpub of the manga on October 30, starting with the first three chapters.