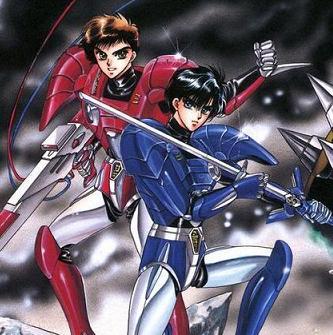 The Champions of Justice at the CLAMP School Academy
A two-volume Manga by CLAMP, the story of two teenagers at CLAMP Campus, Kentaro and Takeshi. As the superheroes 'Duklyon', they battle the evil Imonoyama Shopping District and their monsters.