Literature / The Catastrophe of the Emerald Queen 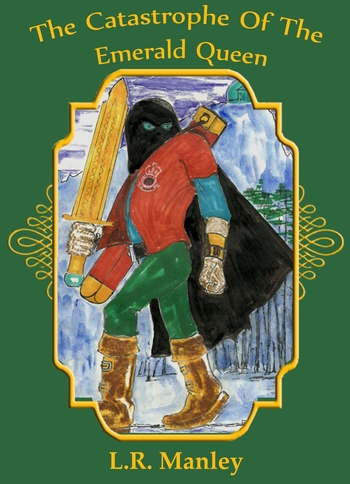 "When bored and curious eleven year old boy Jared Miller stumbles upon a monstrous assassin in her room, he and Sophie are saved only by the intervention of a warrior from the magical world of Alegria, a world linked to our own by Sophie and a world which is in dire peril as long as she remains in her coma.
"Kidnapped and taken to Alegria, Jared is the only person that can save the kingdom from the evil King James and restore it to its former peaceful glory.
"But he is also the key that could bring an end to Alegria forever."
Advertisement:

A magical fantasy adventure by LR Manley. Published in 2012 on Amazon Kindle and by CreateSpace.

The Catastrophe Of The Emerald Queen provides examples Of: