Click here to see the poster of the Animated Adaptation. 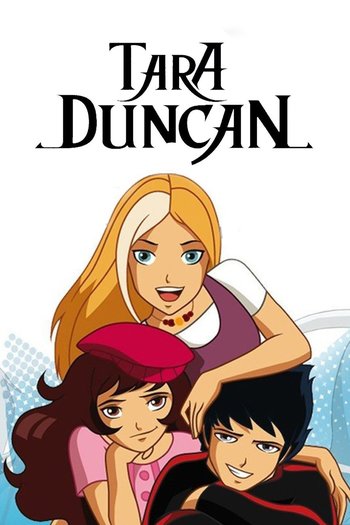 Tara Duncan is the heroine of a popular French fantasy book series for young adults, written by Sophie Audouin-Mamikonian. She is a young "spellbinder", who has been labeled the "French little sister" of Harry Potter. The novel series was published from 2003 to 2015.

An Animated Adaptation of the same namenote Was also known as Tara Duncan: The Evil Empress in the US. was produced by Moonscoop. The series premiered on 27 June 2010 in France on Disney XD, and ended in 2011 with 26 episodes and no second season. In the US, the series was made available on Kabillion's VOD service. It can be legally watched here