Film / You Were Never Really Here 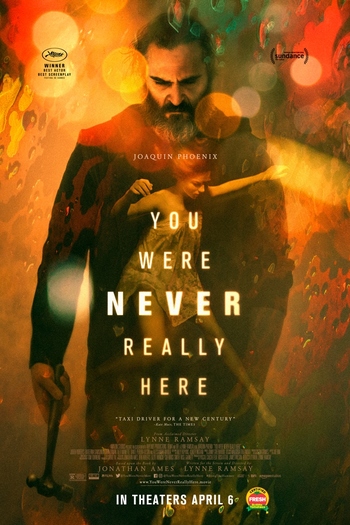 You Were Never Really Here is a 2018 thriller film written and directed by indie auteur Lynne Ramsay (Morvern Callar, We Need to Talk About Kevin), based on the 2013 novella of the same name by Jonathan Ames (which got an expanded version in 2018). It stars Joaquin Phoenix as Joe, a Shell-Shocked Veteran who works to free young girls from sexual slavery. Joe is hired to save Nina (Ekaterina Samsonov), the daughter of Senator Albert Votto, only to uncover a conspiracy that's larger than it seems.