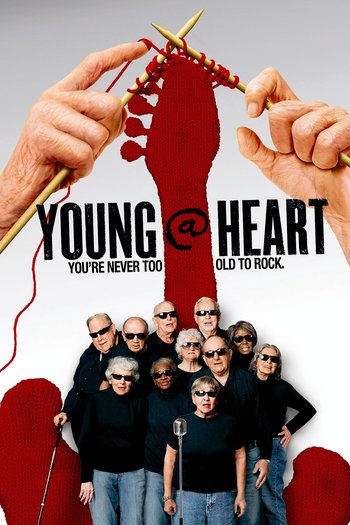 Young@Heart is a 2007 documentary about a choir of senior citizens who perform contemporary pop and rock music.

The titular Young@Heart chorus from New England is a gathering of 22 elderly people with an average age of 80. In preparation for a community concert, the group spends two months learning new material from the likes of James Brown, Sonic Youth and Coldplay. At first, the task is daunting for them and a nuisance for their director. But when two of their members die in a short period of time, they become more determined to succeed, and their concert makes an impact on their community.