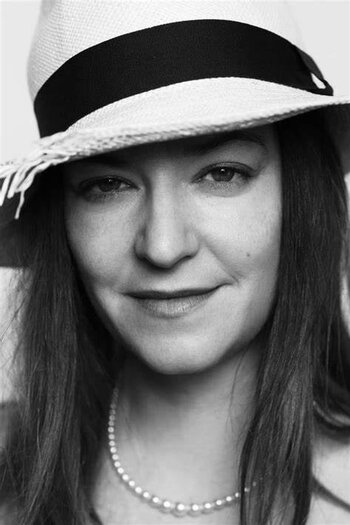 Lynne Ramsay (born December 5, 1969 in Glasgow, Scotland) is a Scottish film director, writer, producer and cinematographer best known for We Need to Talk About Kevin (2011), Morvern Callar (2002) and You Were Never Really Here (2017). She was also a member of competition juries of the 2013 and 2015 Venice Film Festivals.
Advertisement:

Ramsay's films focus on the themes of grief, guilt, death and its aftermath, as well as being rather sparse on dialogue and using imagery to tell their stories.