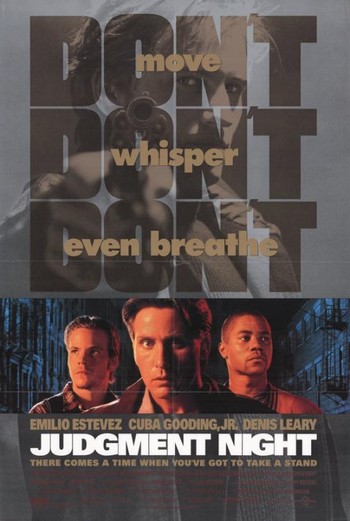 Four men, Francis "Frank" Wyatt and his brother John, Mike Peterson and Ray Cochran set out in a fancy RV Ray is testing out to go to a boxing match. On the way, they get stuck in traffic, when they decide to cut through a seedy part of town to get to the match faster. On the way, they hit a man named Teddy, a man who's been shot. After unsuccessfully trying to get him help, they run into crime lord Fallon and his men, who drag him out of the RV. Fallon reveals Teddy stole from him and as a result, have him killed. Fallon then declares "No witnesses" and goes after the four men. They all try to escape their clutches.