Fanfic / All in the Family 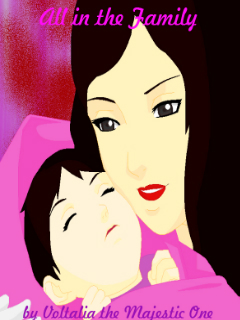 The Guardiane Trilogy:
• An Unexpected Child
• All in the Family

• Passion Of The Guardiane
Advertisement:

All in the Family

is a Superjail! fanfic written by Voltalia as a sequel to An Unexpected Child. The plot revolves around the Warden and the Mistress's love/hate relationship and their roles as little Marguerite's parents and, well, prison wardens. It is twenty-one chapters long and considering its wordcount to be over 20,000 words, qualifies as a Novella.

Obviously, this ain't a fanfic for this, Meathead. If ya want that sorta thing, go here