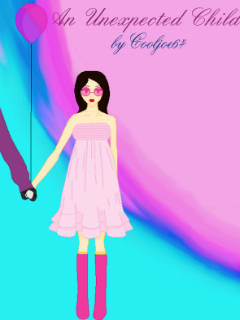 The Guardiane Trilogy:
• An Unexpected Child

• All in the Family
• Passion of the Guardiane

is a Superjail! For Want of a Nail Fan Fic co-authored by Cooljoe64

and our very own guardianemessiah. The plot revolves around the Mistress becoming pregnant with the Warden's child after the events of the season 1 episode "Ladies' Night". The fanfic is fifteen chapters long and, considering its wordcount to be over 15,000 words, could qualify as a Novelette.

The writing styles between the two authors are notably different. For example, while Cooljoe 64's writing style is riddled with spelling and grammatical errors, guardianemessiah (better known as Voltalia) writes with little to no errors at all and writes with wit and and sophisication. It should also be noted that before abandoning the fic, Cooljoe 64 wrote the first four chapters (the last one Voltalia proofread for him). She then accepted to take over the fanfic from that point on.

Voltalia made a sequel to this fic called All in the Family, which is twenty-one chapters long. Word of God says both of these fanfics, as well as Passion Of The Guardiane, are going to be part of a trilogy that centers around the Guardiane.