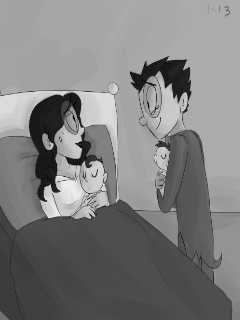 is a Superjail! fanfic written by Prepare-for-the-crazy

about the Mistress having to stop at Superjail so she can refuel Ultraprison, but having to stay longer than expected when a few things come up. Romance Ensues.
Advertisement:

The fanfic is fifteen chapters long and considering its wordcount to be over 14,000 words, would definintely be a Novelette. It should be noted that the fanfic also followed in the footsteps, plot-wise, of Voltalia's An Unexpected Child and a bit of her first Superjail! fanfic The Story Of Us

There's also a Recursive Fanfiction sequel to it now, written by Voltalia herself: Et Mundus Eos

WARNING: Most spoilers will be unmarked.

The unofficial sequel has the following tropes: