Fanfic / All I See 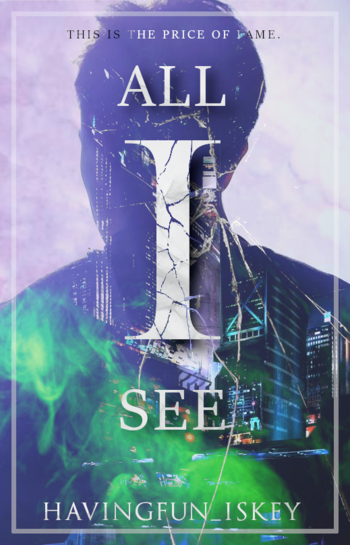 All I See is a NateWantsToBattle Fan Fiction written by HavingFun_ISKEY

. Based off of the concepts and scenarios introduced in Nate's music videos, it’s best known in the NWTB fandom for its unrelenting treatment of Nate and the other characters, Tear Jerker moments, and an author who loves to troll their audience by posting nonsensical teasers of what’s to come.

Two months after losing most of his recent memories in a near-fatal car accident, Nate struggles to find his purpose in Los Angeles. He is inspired by missing music star Will Ryan to legitimize his career by applying to a record label, but his attempts only lead him to further mockery among the media and citizens of the city. That is, until Will’s record label, the Masked Records, inexplicably search him out and invite him to join, promising him to give him everything he’s ever wanted…

All I See provides examples of: