Characters / We Are At A Teen Sleepover

So, how can we properly describe this screwed-up group of tropers? 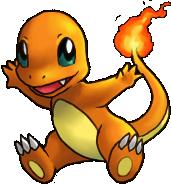 Note that this troper has been fora and PM banned, so don't expect them to be playing here anytime soon.