Important note: Spoilers are unmarked. Even scrolling down on these pages will reveal some significant twists from all seasons. Browse them at your own risk.

Introduced in Season One
The Pahvans 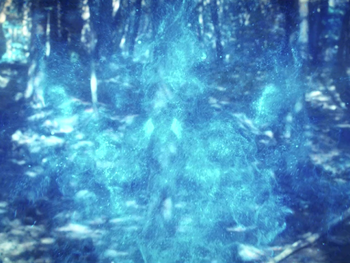 Inhabitants of the planet Pahvo, who try to bring about a peace deal between the Federation and the Klingon Empire. 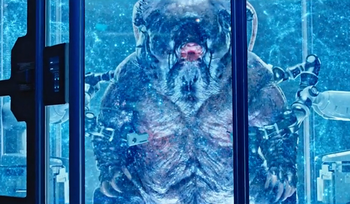 A strange and incredibly powerful alien creature resembling a giant tardigrade, which was found on board the derelict U.S.S. Glenn. 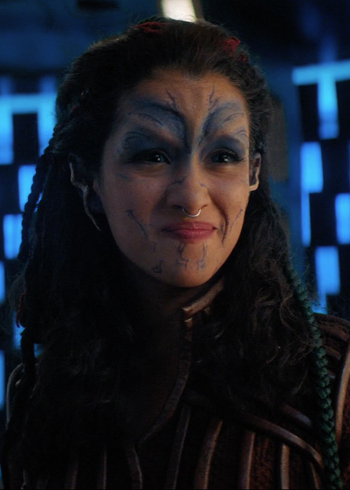 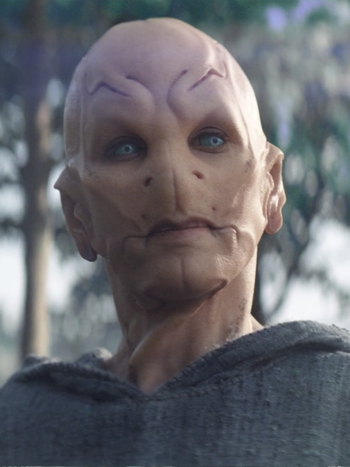 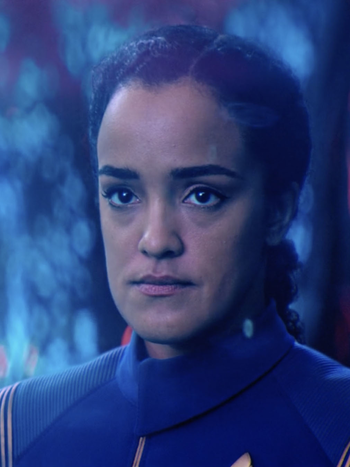 A lifeform from the mycelial network that infects Tilly and appears to her in the form of a childhood friend of hers. 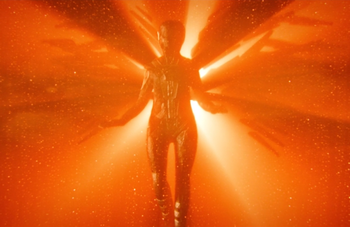 A mysterious entity said to be responsible for seven energetic red bursts spread out throughout the galaxy — and intertwined somehow with both Burnham and Spock. 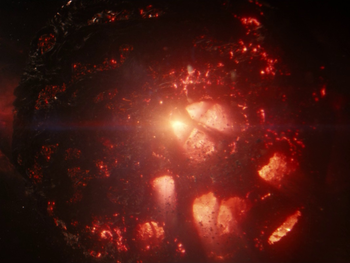 A massive spacefaring entity encountered by Discovery in "An Obol for Charon". 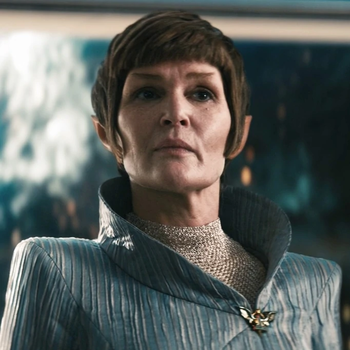 The President of Ni'Var (the planet formerly known as Vulcan). 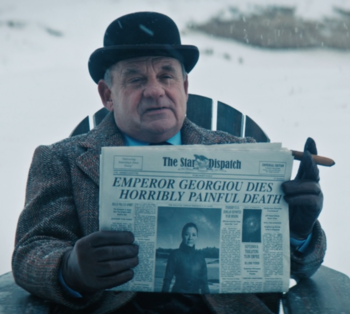 "I AM THE GUARDIAN OF FOREVER."

A being encountered by Burnham and Mirror-Georgiou on Dannus V.

The extragalactic civilization that created the Dark Matter Anomaly and deployed it in the Milky Way.