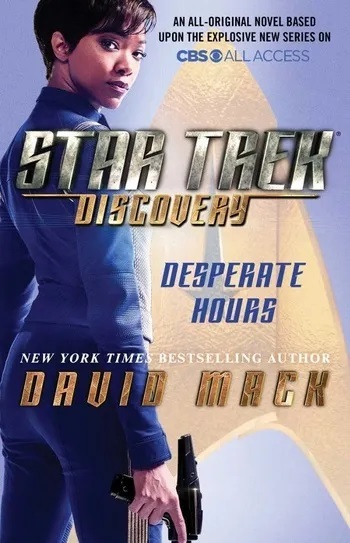 The lead-up to the Battle of Binary Stars.
Advertisement:

A series of tie-in novels for the television series Star Trek: Discovery published by Simon and Shuster.

It is before the era of Captain Kirk and the U.S.S Enterprise is still under the command of Captain Pike. The events of the Battle of Binary Stars have not happened for most of the stories but looms over the fates of the U.S.S Discovery's future crew. The majority of novels serve as Prequel stories for the series with it moving from the 23rd century to 32nd century.

The books in this series include:

These novels contain the following tropes: