Characters / DARLING in the FRANXX - Additional Plantations And Squads

Due to wiki policy, trope names will not be spoiler tagged. Reader beware. 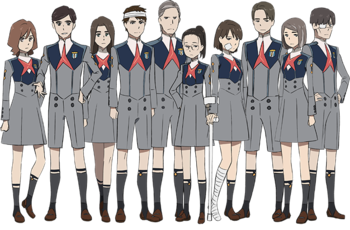 A more battle hardened and experienced squad than Plantation 13's. Their leader is Code: 090. 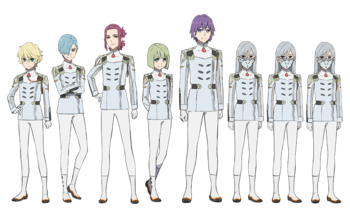 The Nines in General
Nine Alpha

A mysterious Elite pilot that has taken an interest in Hiro's group and Ichigo in particular.